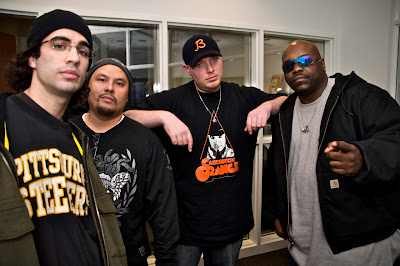 The one and only Freddie Foxxx aka Bumpy Knuckles stops by our studios and takes us through his career from the early days with Supreme Force and the Flavor Unit to working with legends like Krs One and Dj Premier.

Posted by The Hip Hop Project at 10:18 AM No comments: 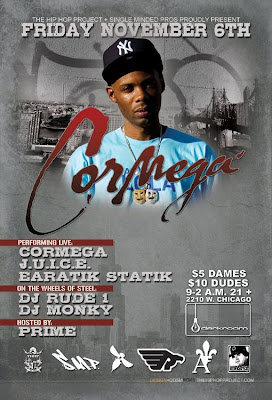 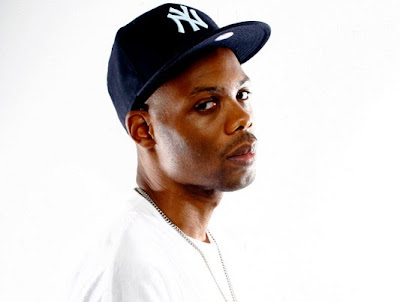 Posted by The Hip Hop Project at 11:43 PM No comments:

The legend himself Bumpy Knucles will be doing a rare Dj appearance at Lava on Saturday October 24th.
Posted by The Hip Hop Project at 7:19 PM No comments:

Posted by The Hip Hop Project at 1:06 PM No comments: 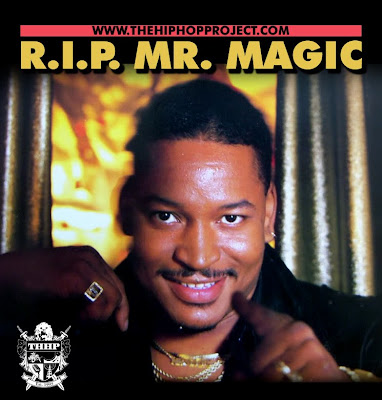 Hip Hop lost another pioneer today as founder of 'Rap Attack' Mr. Magic passed away today from a heart attack.

'Rap Attack', which debuted on WBLS-FM (New York) in 1983 and featured Marly Marl and Tyrone 'Fly Ty' Williams, was responsible for giving many hip hop legends their first radio airplay and lending mainstream credibility to Hip-Hop music in its early years.

The fact is, there would be no Hip Hop Project radio show if it wasn't for Mr. Magic and people like him. We are truly in debt to him and his contributions. Every show we have ever done has been in many ways a tribute to him, so we will continue the mission of playing quality hip hop music on the radio and spreading the message to as many people as possible.

"True hip hop heads know that his history is so long due to him being the first rap mixshow to ever be on commercial radio on New York’s WBLS (107.5) with Marley Marl and Fly Ty in 1982-1984. Then went on to to WHBI in October 1984 and then back to WBLS in 1985 and WDAS in Philly. Simultaneously he paved the way for all radio stations that ever did mixshows and also sparked the career of Boogie Down Productions due to the ids he showed when they came to shop their demo to him and was turned away which then sparked “South Bronx” and “The Bridge Is Over”. He was known for his direct and sarcastic attitude on the air and every artist wanted his approval when it came to breaking new records. He even had songs dedicated to him by the legendary Whodini (”Mr. Magic’s Wand”) which was surprisingly produced by one of my favorite artists, Thomas Dolby.

Shouts out to Marley Marl & Fly Ty for the correct information on this. Rest in Peace Mr. Magic. -DJ Premier"